SEEKING SHELTER is the second book of the Moonless trilogy. It will be released on September 12th 2020!

A long-hidden secret is lurking beneath the wasteland. But can the Sienans take on another challenge when they are already fighting to build a new society while surviving dust storms and an unforgiving landscape?

Life in Siena is becoming the new normal for the Florentine rebels. They build their homes from scavenged remnants of the ancient ruins and learn to navigate the desolate terrain. As questions about democracy, religion and leadership begin to arise, Teo realizes that everyone looks to her for answers.

Meanwhile, Renn is lending his hard-earned survival skills to the Sienans while coming to terms with a life without migration and with the unfathomable technological wonders that Luca shares with the settlement.

When an orphaned stranger is cast out by her fellow wanderers and heads toward Siena, an invisible killer also threatens the settlement, and Luca picks up a mysterious signal on his newly reinvented radio transmitter...

Seeking Shelter continues where Marie Howalt's We Lost the Sky left off, treating readers to personal tales seen through the eyes of a cast of unforgettable characters. It imagines the rebuilding of society and tells a hopeful story of survival in a world after the destruction of the Moon. 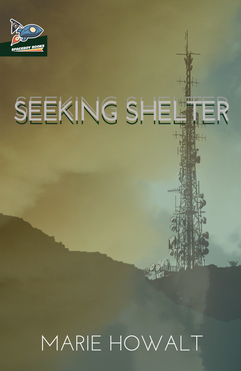